Cells are the smallest unit or the building block of all living things.

Anatomy of a Cell

Basic parts of a cell consist of: 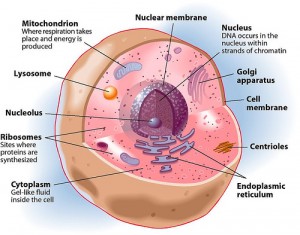 The nucleus is located at the most central part of a cell which is surrounded by a semifluid component of a cell called a cytoplasm. The cytoplasm is enclosed by the outer cell boundary called the plasma membrane.

The control center of a cell is the nucleus. This part of a cell contains the genetic material called DNA (deoxyribonucleic acid) which is encloses all data of instruction for building a person’s protein and cell production.

Parts of a nucleus

The cytoplasm is the area where cellular activities take place. It is located outside the nucleus and inside the plasma membrane. 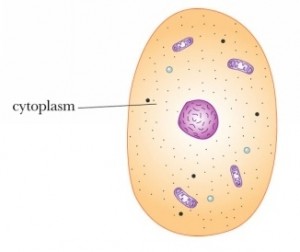 Major elements of a cytoplasm

The cell membrane separates the cells from the surrounding and contains all the cellular components or materials. Its structure consists of the following:

Most proteins that are found on the area of plasma membrane have to do with transport functions. Water or small water-soluble molecules or ions can move through cells as proteins gather together to form tiny pores from protein channels. Other proteins are responsible for attaching to a substance and transport it towards the cell through the membrane.

Microvilli are the minute finger-like projections of the plasma membrane that is responsible for increasing the cell’s surface area for absorption making the process occurring more quickly. The membrane junctions, on the other hand, vary structurally depending on their roles:

Types of CELLS according to function or role

Cells that coats and lines the body organs

Physiology of a Cell

The cell’s internal structure performs various functions such as:

Stages during mitosis are as follows: