Korsakoff’s syndrome is a condition that mainly affects chronic alcoholics. It is also called Korsakov’s syndrome, Korsakoff’s psychosis or amnesic-confabulatory syndrome. It is a brain or neurological disorder caused by thiamine or Vitamin B1 deficiency. The syndrome is named after Sergie Korsakoff, a neuropsychiatrist who popularized the theory. 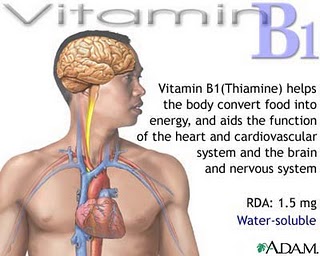 A deficiency of thiamine or Vitamin B causes damage to the medial thalamus and to the mammillary bodies of the hypothalamus. As a result, generalized cerebral atrophy may occur. In cases where Wernicke’s encephalopathy, a neurological disorder that causes brain damage in lower parts of the brain called the thalamus and hypothalamus, accompanies Korsakoff’s syndrome the disorder is called Wernicke-Korsakoff syndrome.

In most cases, Korsakoff syndrome, or Korsakoff psychosis, tends to develop as Wernicke’s symptoms go away. It results from damage to areas of the brain involved with memory, thus, Korsakoff’s syndrome involves: